How much was Henry Thrale's brewery sold for?

Almost certainly £135,000. This figure appears in a letter by Samuel Johnson to Bennet Langton dated 16 June 1781, in which he says…

You will, perhaps, be glad to hear, that Mrs. Thrale is disencumbered from her brewhouse; and that it seemed to the purchaser so far from an evil, that he was content to give for it an hundred and thirty-five thousand pounds. Is the nation ruined?.

A higher figure of £150,000 is believed to originate from Hester Thrale’s writings in Thraliana. The lower figure of £135,000, is most widely recognised as the sale price. It is unclear if this sale figure was for the brewery alone, or also included other establishments owned by Henry Thrale including The Castle public house. 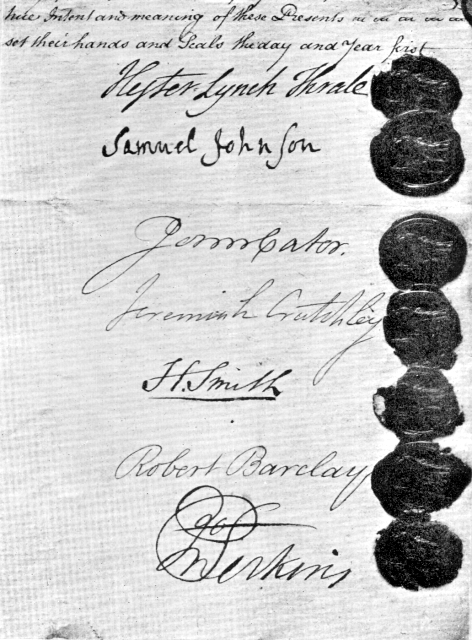