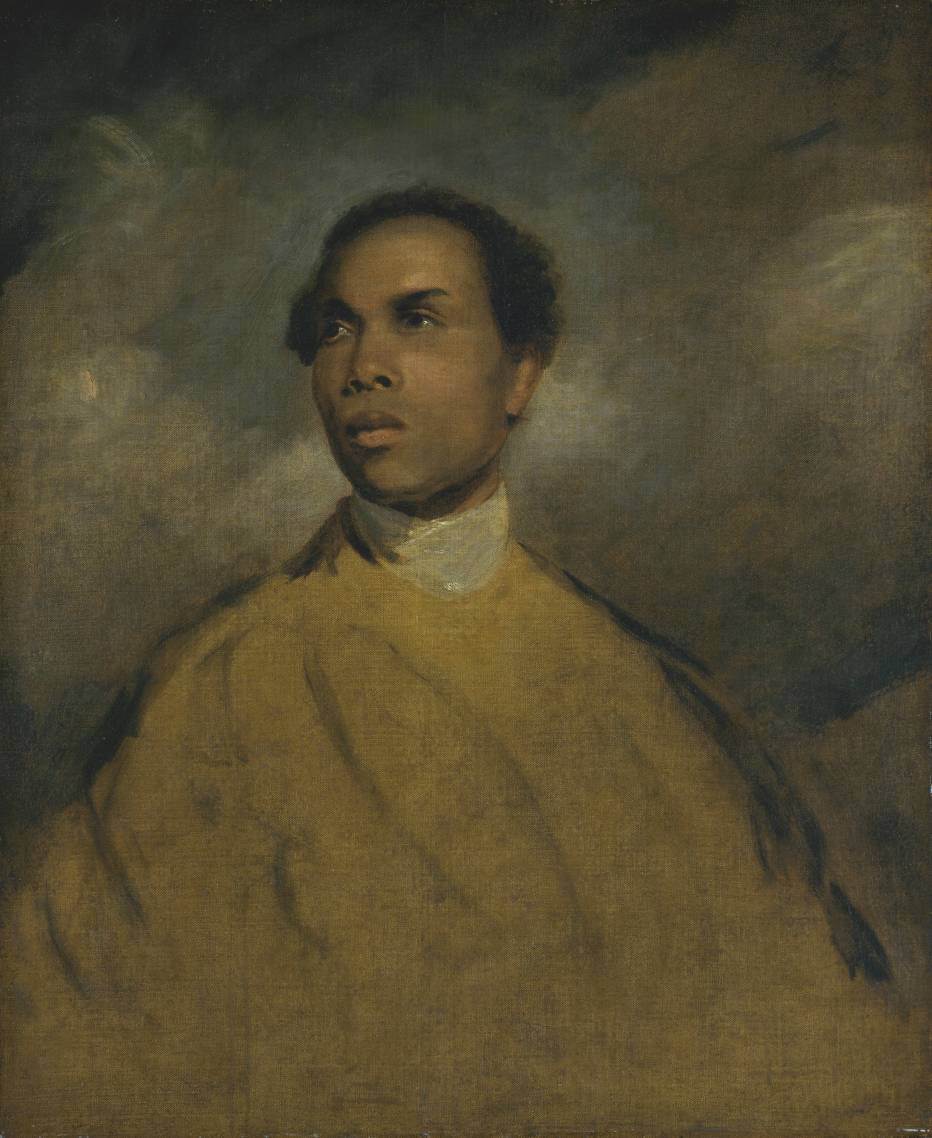 Francis Barber (also known as Frank) was Samuel Johnson's Jamaican man servant. It is said that Johnson treated Francis like a son.

He lived at Johnson's House, Bolt Court, with his white wife Elizabeth (also known as Betsy) whom he married around 1776.

He was a beneficiary of Samuel Johnson's will, and after Johnson's death in 1784 he retired with his family to live in Lichfield.

In 1793 the below article about Barber was published in The Gentleman's Magazine.

An Excursion from Walton to London

Contributed by our ingenious Meteorological Journalist, who, being at Lichfield upon the 21st. of June, after visiting the Cathedral, where he attended the morning service:

Sent for Mr. Francis Barber, 35 years the humble companion of the late Dr. Johnson, who, with his family, now resides at Lichfield.

Francis is about 48, low of stature, marked with the small-pox; has lost his teeth; appears aged and infirm, clean and neat, but his cloaths the worse for wear; a green coat, his late Master's cloaths, all worn out.

He spends his time in fishing, cultivating a few potatoes, and a little reading.

He laments that he has lost the countenance and table of Miss S-, Mr.- and many other respectable good friends, through his own imprudence and low connexions.

He was the companion of Johnson, for, as Master, he required very small attention. Francis brought and tock away his plate at table, and purchased the provisions for the same. But if Francis offered to buckle the shoe, &c., "No, Francis; time enough yet. When I can do it no longer, then you may."

He was his companion in the evening, when the domestics made a circle around the fire, when the Doctor chatted and dictated. "Why do you not ask me questions?" the Doctor said to Francis.

"But I never could take the sane liberty with my Master as with another person."

The companion in his journeys, and at Streatham, when Francis preferred Streatham; but, when London had more attractions, he returned to London, and left his Master at Streatham.

"You never heard your Master swear?"

"No. The worst word he ever uttered, when in a passion, was: 'You dunghill dog'."

The Doctor would never suffer himself to be denied, which often put him to inconvenience when busy, on which occasions, he either wrote in the night, or retired into the country.

Mr. Barber appears modest and humble, but to have associated with company superior to his rank in life. The benevolence of Dr. Johnson appears strong in his treatment of his servant during his life, and in his liberal bequest to him at last.

It seems it was out of his power to render himself very useful as a servant, yet the Doctor would not cast him off on that account. And when the Master was no more, he provided a staff to support him in his stead.

Besides, Francis is oppressed with a troublesome disorder.

I had to regret that my short stay would not admit of longer conversation.

In 1799 they are known to have had three of their children - Elizabeth, Samuel and Ann - living with them, and were living in the parish of Burntwood. Francis died in Stafford Infirmary on 28 January 1801.

‹ Samuel Johnson up A Troublesome Disorder by Dave Randle ›